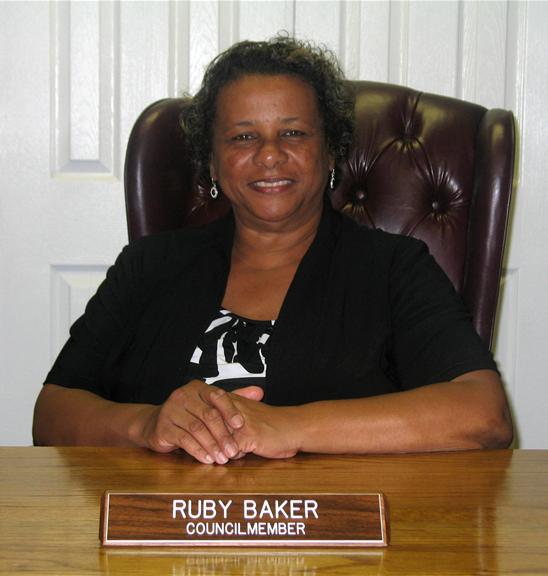 Ms. Ruby Baker has been a resident of Folkston for 34 years. She was born in Glennville, Georgia on July 8, 1954. She graduated from Brantley County High School in 1972. She is married to Roger Baker and they have four children and nine grandchildren. She has been employed with the Charlton County Board of Education for 19 years as a paraprofessional in Special Education.

In 1998, Mrs. Baker made history in Charlton County by becoming the first African American woman to be elected to the Folkston City Council. She is currently serving her fourth term. During her tenure on the city council, Mrs. Baker has served on the Personnel Board and the Streets & Parks Committee.

She has been an ordained minister for 24 years and has been pastoring for 13 years. She has a Doctorate degree in Christian Psychology and is the Presiding Officer of District #1 of the Georgia Diocese. She also served on the Presbytery Board of the House of God Saints in Christ, Inc.